“It has been over a year since I have stopped taking medication and it has been a full year since I have had a full blown migraine attack. I am now able to work full time and run a family home. Thanks to Buteyko my whole family have benefited”….more

“One of the bonuses for me was the elimination of the severe migraine headaches I have been suffering over the past few years” ….more

I was on a high dosage of painkillers which included diamorphine for about eight years I suffered with migraines from the age of six years old and hospitalise on numerous occasions. I suffered from migraines about two to three times a week but always suffered with a headache every day consistently.

This caused a very tight tension in my head, this felt like wearing a very tight swimming cap and down my neck, shoulders and some times lower back.Mrs.B. McNally 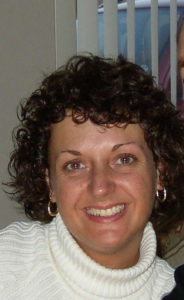 The symptom which occurred at these time were dizziness, nausea, affecting my eyesight and my ability to work. It got to the stage where my local GP would have to make a home visit to administer diamorphine. I was so bad that I was unable to communicate with the doctor as I would be so ill, unable to open my eyes, lift my head from my pillow and constantly vomiting, many a times my husband would wake me many hours later and was unaware the doctor had been and injecting me with very strong drugs.

I had seen many different type of specialists and tried lots of different medication over the years. There has been huge chunks of my life been taken away, being a migraine sufferer you are unaware when a migraine is going to strike and are incapacitated until it has passed, which could be up to three to four days at a time. However it was not just I who suffered it was the whole of my family which was affected by my illness.

Life is normal now 18 month ago I took the Buteyko breathing course it has given me a normal life with my family.

I have fully recovered from being a migraine sufferer to just about one head ache a month which is now controlled by my Buteyko breathing exercise and grey sea salt, the cause of the headache which I put down to PMT (pre menstrual tension) which has also helped by Buteyko.