Which Brain is yours?

Oxygen and the result of Hyperventiltion 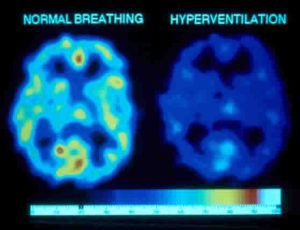 Which Brain is yours?

A Normal Breathing and Normal Oxygen

ARE YOU ONE OF THESE PEOPLE?

And that up to 60 percent of all ambulance calls in major US cities may be a direct result of the symptoms
triggered by overbreathing.

For every person who shows up in emergency incidents,
how many more show up in physician’s offices with unexplained symptoms?

For every person who goes to see a physician, how
many more simply go to work?

And for everyone who reports a “medical symptom”
how many more suffer with performance deficits?

This information has been supplied by :

How does breathing control the release of Oxygen from the Hemoglobin? It’s called the Bohr Effect 1905
Link to Symptoms of overbreathing